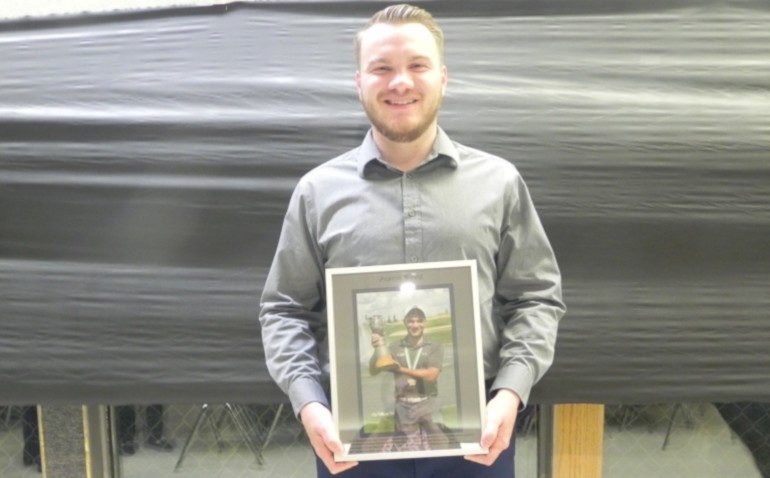 Although there is no historical data Unity’s Justin Wood could potentially be one of the youngest Hall of Famers in Saskatchewan, or perhaps Canada. The 24-year-old was inducted into the Unity Sports Hall of Fame on Saturday.

Like many young golfers Wood got his start by going to the course with his dad who he said wasn’t an avid player but liked the “get out with his buddies.” Playing several sports growing up Wood eventually chose golf as his focus. He said taking the golf route wasn’t easy, but he stuck with it.

“I was pretty athletic growing up and golf is a tough sport to get into and be good at right away, so I think it was kind of frustrating that way. I just kept going and going and got addicted. I caught the golf bug,” he said.

Around the age of 12 Wood started taking part in local tournaments and having success. At the age of 14 he started branching out and participating in provincial Golf Saskatchewan events. Once he had finished high school Wood went on to Lethbridge College and played on their golf team. He won their conference championship and caught the eyes of schools in the United States. He went on to play at the University of Montevallo. He didn’t win any tournaments in the US but had several top five finishes.

He did win the one of the province’s most coveted trophy in 2016 at The Legends in Warman when he took the Saskatchewan Men’s Amateur Championship. He said that win was a highlight knowing the names that came before him.

“It’s kind of cool to have my name mentioned on the same trophy as Graham DeLaet,” he said. “Dave Stewart, Lindsay Bernakevitch has won quite a few times. Just to be mentioned in the same sentence is a good thing for golf in Saskatchewan. It’s been a cool journey. I have picked up a lot of different things from a lot of different people along the way and I still think I’m learning.”

As for the Hall of Fame induction in his hometown, Wood said the honour may be coming a little early but that doesn’t tarnish the achievement one bit.

“It was an interesting feeling seeing my name going in with some of the other people that have done good things for the sporting community in Unity. I think I have a long way to go and championships to hopefully win. Even outside sport there are a lot of things I can bring back to the community,” Wood said.

He was able to share the evening on Saturday with his parents and some friends. He was especially happy that his grandmother was able to attend from Manitoba.

“My grandma came from Brandon to take it in with me, that was really nice of her,” he said. They’ve made a lot of sacrifices for me taking me all over the province and the country. They’ve put a lot of resources and energy into my golf career, so it was nice to share that with them.”

Wood is currently working in an administrative capacity with ATCO Structures. He said it was a golf connection that landed him that position and is enjoying the role. As for the summer Wood will participate in a good portion of the Men’s Order of Merit Tour events and chase another amateur championship. He said having the sport and playing at a high level has helped him in every aspect of his life.

“I’m thankful I got recognized in my community, I love going back there. Golf Saskatchewan has had a big impact on my life as well. A thanks to you guys for all the work you do for golf in the province, we all appreciate it,” Wood concluded.

You can hear more from Wood who spoke with Golf Saskatchewan’s Clark Stork following the induction. 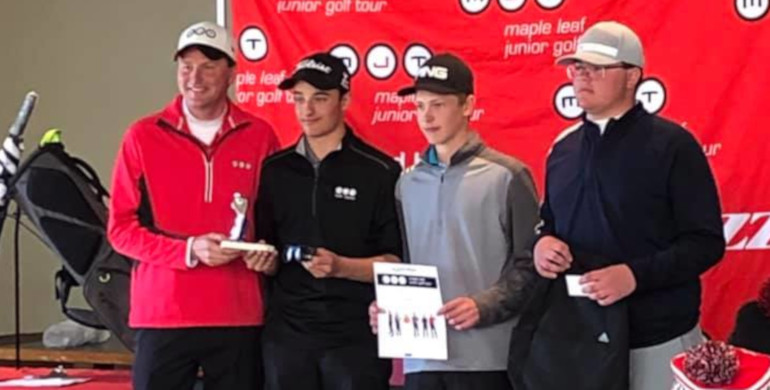