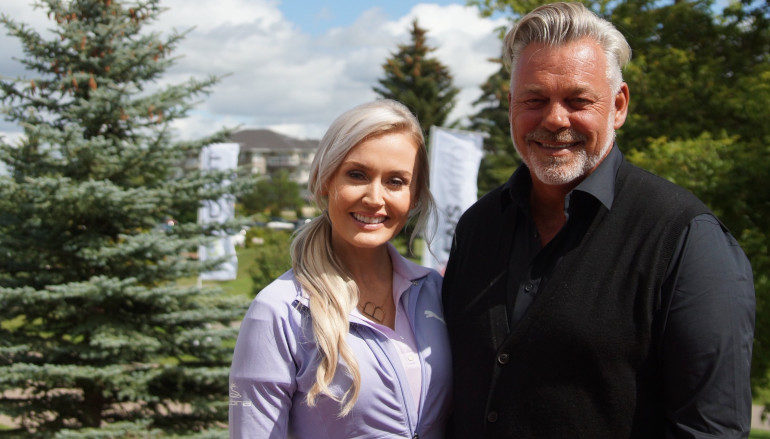 Blair O'Neal and British Open champion Darren Clarke were the featured guests at this year's Drive for Kid's event.

Another year, and another spectacular Synergy 8 Community Builders “Drive for Kid’s” fundraising event.

For the past 11 years the Saskatoon based group of community-oriented people have organized a fundraising golf tournament and gala dinner to raise money for certain initiatives they feel fit with a priority on healthcare. Once again this year the group, with the assistance of over 60 volunteers and 90 corporate sponsors raised an estimated $200,000 to purchase equipment for the Jim Pattison Children’s Hospital Foundation (JPCHF). Synergy 8 founder Troy Davies said the event held on Aug. 27 at the Willows and Prairieland Park thrived again this year.

“It was a huge success,” he told Golf Saskatchewan. “The rain cleared up for golf and for the dinner event we went with a different set up with a centre stage to bring the crowd closer together and I think that went over really well. Darren Clarke and Blair O’Neal were phenomenal and as advertised. A bonus was we were able to fly in Riders’ quarterback Cody Fajardo for the golf that morning to allow the golfers to meet him. He’s a gem and a really great guy and plans on coming back next year.”

Saskatoon born NHLer Eric Gryba was on hand again this year, Calgary Flames goaltender Cam Talbot has also attended and contributed live auction items in the past. There is a splash of different sports stars involved in the event, but the focus remains on golf when it comes to the feature speakers. Davies believes the group has a unique and successful angle focusing on the sport.

“We feel that golf is the way to go for us anyways, it works well,” he said. “We do bring in some NHL guys and a mix of football now too but ultimately golf is our main directive. We think our youth golf in Saskatchewan is taking off and even Canadian athletes we’re starting to see them make an impact. Whether it’s tennis or golf or whatever it might be. To see the likes of a Brooke Henderson get more Saskatchewan golfers more engaged and if we can help promote that and raise money at the same time, that’s our mandate.”

The Synergy 8 group has “spread the wealth” across several worthy causes over the years. This year was the fifth time the organization chose the JPCHF as a benefactor. On Sept. 5 the province celebrated the grand opening of the 176-room facility. Patients will start being taken on Sept. 29. For Davies, a trained emergency medical technician and Saskatoon city councilor, the day was one he will never forget.

“It’s a huge day for us, we’ve partnered with Brynn (Boback-Lane, JPCHF CEO) and her team and we know they’ve worked hard for 20 years at this. Brad Wall was at our event in 2010 and he announced the hospital was going to happen. To have the Minister of Health come to our event and announce it now happened nine years later and that we were able to raise enough money to purchase the equipment for the pediatric trauma room this year thanks to our sponsors so, it was a huge success for everyone,” Davies said.

Since the inception of the Synergy 8 group, the “Drive for Kid’s” campaign has raised $4.5 million. The group takes a couple months off to reorganize before planning begins for next year. Davies said the 2020 event is already shaping up to be another major win for the province and healthcare, as well as golf fans.

“In December we will back into negotiations and looking to bring in some big names from a golf perspective again,” he said.

“Right now it’s looking pretty promising, that’s all I can say but, we have a big name planned so far.” 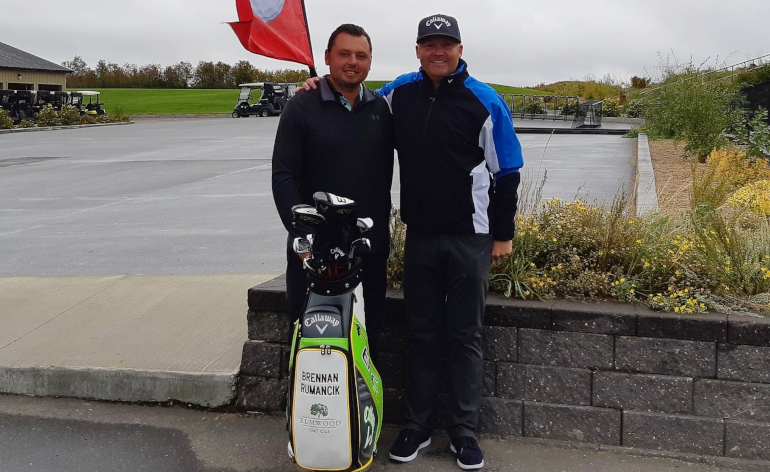