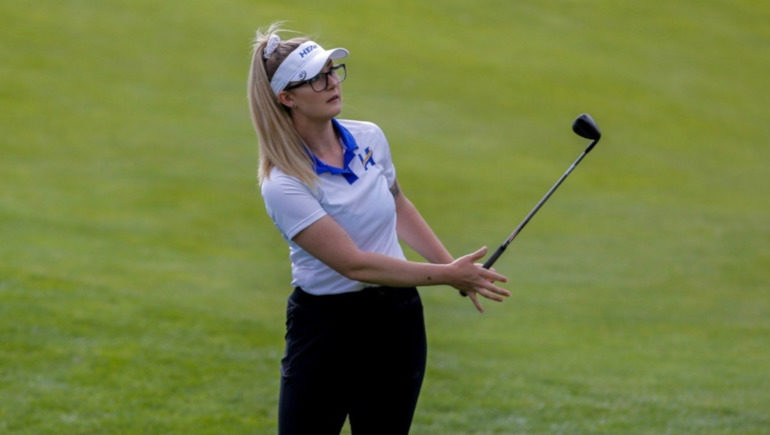 Melville's Chloe Sies is loving live in the Okanagan heat.

An old adage states, when one door closes another opens. Melville’s Chloe Sies knows this and has used it to her advantage on the golf course and in the classroom.

After spending a semester at Red Deer College and winning a collegiate event, the school cut the golf program. The team learned about the slicing of the golf squad two weeks after winning the Canadian Collegiate Athletic Association (CCAA) team championship. On the advice of UBC Okanagan Heat golfer Samantha Copeland, Sies applied for the Kelowna based school.

“Red Deer wasn’t a good fit, the program wasn’t exactly what I wanted to do with classes,” she explained. “The program (Human Kinetics) I’m taking now is absolutely perfect for me so, it just seemed like a great fit to come out here.” 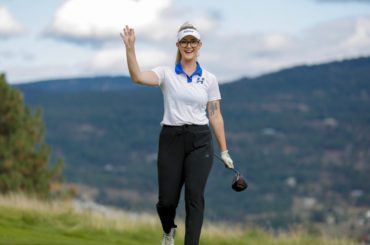 The move west was better for the 2016 and 2017 Saskatchewan junior girl’s champion in the classroom and on the course. The Heat is a USports program, a step up from the Alberta Collegiate Athletic Conference. Sies said her game is elevating with the move to the next level.

“I hate to say it’s just CCAA but, it was just colleges and smaller schools, less competitive players. Now I’m playing USports. Our first tournament this year was an NCAA tournament, we had schools from everywhere down south and really great players. It was awesome to play against them and get to know them,” she said.

UBC Okanagan hosted the Can-West Championship which was also their national qualifier. Sies admits the team felt the pressure on their home course and they didn’t play their best golf.

“We felt a lot of pressure, everyone as a whole, we imploded,” she admitted. “I didn’t play well, I’m not proud of the scores I put up, but it was a good experience. We’re probably going to host again next year so hopefully we’ll get a chance to go to nationals next season.”

The Heat did rebound this past week finishing their season in Victoria at the Vikes Shootout. Sies placed eighth overall and the team placed second. She said the club felt great after the result building towards next season.

Her semester at Red Deer counted towards her university golf eligibility, she will have two years left. As for her education, Sies hopes to get into Med-School once her bachelor’s degree is obtained.