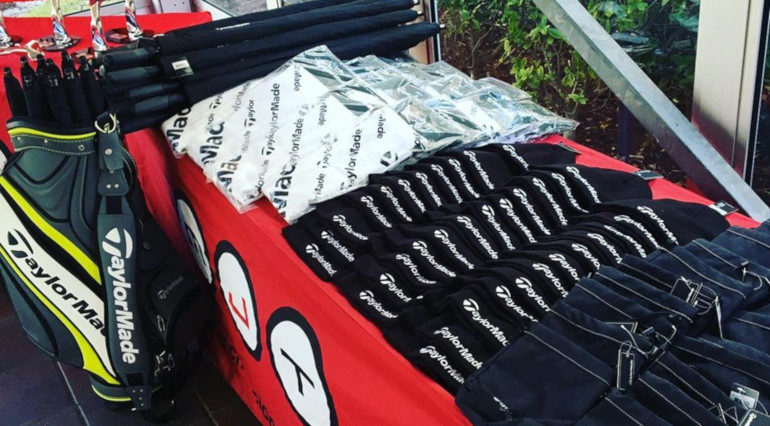 Day two of the MJT Nationals is in the books. Photo-MJT/Facebook

Yorkton’s Ella Kozak is four shots off the podium going into the final round of the Maple Leaf Junior Tour National Championship in Kissimmee, Florida.

The 13-year-old Deer Park member shot 85 on Saturday at Reunion Resort for a two-day total of 164. She sits in fourth place in the under-15 girl’s category.

Saskatoon’s Keighton McNab holds onto the lead he held after the first day of the championship. The Dakota Dunes Golf Links player shot 80 during round two, combined with an opening round of 75, he is a stroke ahead of St. Albert’s Connor Ackroyd.

Dane Giesbrecht is in a medal position heading into Sunday’s final round. The Warman product’s 36-hole total of 162 after back-to-back 81’s is 10 strokes off combined leaders out of Vancouver. Giesbrecht is four shots clear of fourth.

Tommy Danielson is also in a podium placing going into Sunday’s third round. The 14-year-old shot 79 for the second straight day and sits third at 158.

Danielson has another Saskatoon competitor chasing him down for a potential medal, Max Regier is tied for fourth at 166 (84, 82).

Derien Herlick of Weyburn is sixth overall at 175 thanks to an 87 on Saturday, a shot lower than round one.

The Bantam leader is at 146 (Aaron Huang, Vancouver).

Saskatoon’s Chase Pochylko is the top local juvenile division player. He’s sitting in a tie for 16th at 162. The 15-year-old carved two strokes off his opening round 82.

Adam Husli of Regina is tied for 17th place at 166. He carded rounds of 82 and 84 over the first couple days. Prince Albert’s Cole Jenkins sits five back of Husli at 171. Jenkins is tied for 19th with an 84 and 87 on his scorecard.

The championship round will go Sunday.