Patterson profiles 2018; peers into the future 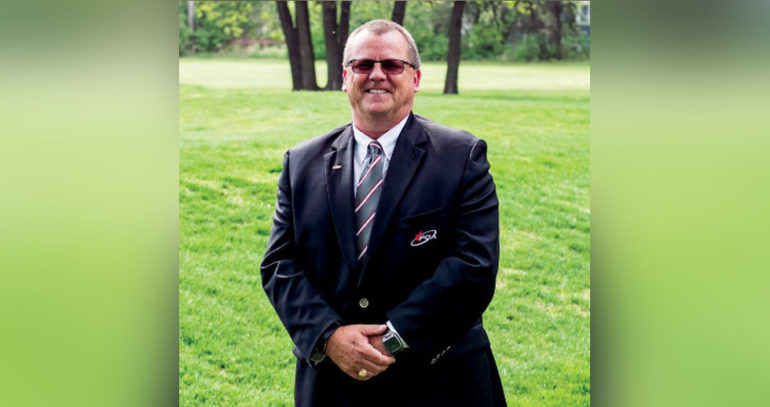 Mark Patterson is reflecting on his first year as PGA of Canada President.

Harbor Golf Club & Resort professional Mark Patterson enjoyed his first year as the president of the PGA of Canada.

Sharing his time between Harbor and the association since May, the Elbow, Saskatchewan resident is happy with his work since he was nominated at the President of the PGA of Canada in May. Patterson said the Harbor staff has been very supportive of his role at a national level.

“It’s very exciting but at the time it’s very time consuming,” Patterson explained. “There’s not a day that goes by that I’m not answering an email or a phone call or setting up a meeting anywhere from discipline to a board meeting. It’s easy to get away but in the back of your mind that you can hardly wait to get back to the normal grind.”

Patterson’s position allowed him to travel and take in some memorable events including the British Open and the Ryder Cup. Cross country trips became routine over the year whether it was for meetings or events. Patterson said when he did frequent other centres Elbow and Harbor were well advertised.

“Our facility, our owners, the people that work there, they are all very supportive and I feel they are with me all the way. Whether I’m in Saskatoon or Scotland, it’s the same pride,” he said.

Patterson lived a year in Germany and received a year of education. He said while in Europe he was able to go back to the house he lived in and met people from his past in the country. The Ryder Cup was in Paris allowing him and his wife a chance to visit the France city.

Travel wasn’t the entire focus for the position, Patterson said he’s proud of what the national PGA accomplished. Membership fees dropped for the first time in history and they launched a new mobile membership card for smart phones. Patterson said the organization is working on getting more professionals on golf courses that potentially don’t have the membership or the means to do so.

“We’re trying to match a facility that doesn’t have a PGA professional and match them with a pro. We will ask them what they are looking for and the club will give us a list of things and we say okay; here’s a guy or a lady that has those qualifications. We will help them understand the benefit of a professional being there and help them with job posting strategies as well,” he said.

The PGA of Canada launched a new website in 2018 and had 9,000 people take part in over 170 tournaments across the nation leading up to the national RBC Scramble that took place in Nova Scotia in October. The involvement increased by 60 percent from 2017. He said the PGA is also collaborating with the National Golf Course Owners Association and the Canadian Golf Course Superintendents Association on a combined industry tradeshow. Patterson said the conjoining of the groups for one show can make all the organizations stronger and save money working in agreement.

Another highlight for Patterson was providing the news to Swift Current professional Jeff Chambers that he was the 2018 PGA of Canada Coach of the Year winner. He said the Elmwood Golf Club professional is a worthy recipient.

“He does wonders for our association, he does wonders for kids golf, any golf, it’s his passion. For him to win this award, we have many great people, but Jeff is one of those people and I look forward to shaking his hand again in Orlando,” Patterson said.

Looking ahead to the 2019 year, the last of Patterson’s two-year term he said he has a few goals in mind. Sustaining the membership level is important to him. He said their members aren’t staying long enough. To combat that Patterson said the PGA is working to increase their “entry level memberships.” Keeping the members over three years is tricky he said, his idea is to potentially allow the first two years free and pushing off the current playability test as well. Patterson said a stroke or two on the golf course shouldn’t disallow a potentially strong member to be left out. Overall Patterson said he wants to leave a positive mark on the organization.

“I’d like to leave the Association healthy, increase the membership and the RBC Scramble as a highlight of the year as it is now, those things aren’t out of reach,” he said.

Patterson added one more highlight is coming this year, as part of his duties he will be attending the Masters in Augusta, Georgia which he is excited to take in.