Built on the banks of the South Saskatchewan River, the North Battleford Golf and Country Club provides scenic views and a top tier course.

Constructed as a nine-hole course in 1971 by Ray Buffle the club became 18 holes in 1984. When asked what makes the course one of the most sought after in the province, Director of Golf Dana Johnson said the putting surfaces are the highlight of the 6,600-yard course.

“First and foremost, Grant (Sawchyn), the superintendent and his staff do a fabulous job,” Johnson said. “The golf course is not overly long in comparison with new golf courses where we get up to 7,000 yards, our golf course isn’t very long. What makes the whole golf course are the greens. You see a lot of people get out here and they think that putt is going to go right edge and it breaks right edge but more than you think. The greens make the course.”

Having the river along the course doesn’t hurt either Johnson added.

“The views are spectacular along the river valley. It’s a wonderful time to come out and golf anytime but especially in the fall with the colours in the river valley,” he said.

This year the course opened a newly designed fourth hole (pictured below). The club had issues with their previous hole, so they hired Alberta designer Gary Browning to revamp the 350-yard par-4.

“It’s a whole new hole, it’s a great new design. It’s got a fairway bunker that unfortunately catches a lot of balls, it’s 230 yards off the tee. It’s a real risk-reward hole. You have to play it once or twice to know where to miss it. It’s a great addition to our golf course,” Johnson said.

The old fourth hole will be kept in playable condition to use in case other holes need to be maintained during a season allowing the course to still have 18 in play.

Johnson has been at the North Battleford course since 1990. He has run successful junior programs over the past 30 years teaching upwards of 200 kids in some seasons. Johnson and the staff set up mini courses for juniors as well as having swing camps early in the season. The programs were idle this year due to the COVID rules but have seen many years of success.

Johnson added that it’s a special feeling seeing people he taught come back with their own kids to the course.

“It’s a great thing to see. We see these young kids; I think back to when I started in the 90’s when I came back and see these kids and how they developed into great people from what the game of golf teaches you. I see these kids come back with their kids and they look at me say I remember when Mr. Johnson taught me and hopefully I can teach their son or daughter. It’s a great thrill to see how the kids have developed and still playing golf. It’s a family game they can play for a lifetime,” Johnson said.

As the 2020 season ends on Oct. 15 Johnson said the club is beginning preparations next year as the course celebrates their 50th anniversary.

You can hear more from Johnson below who spoke with Golf Saskatchewan’s Clark Stork. 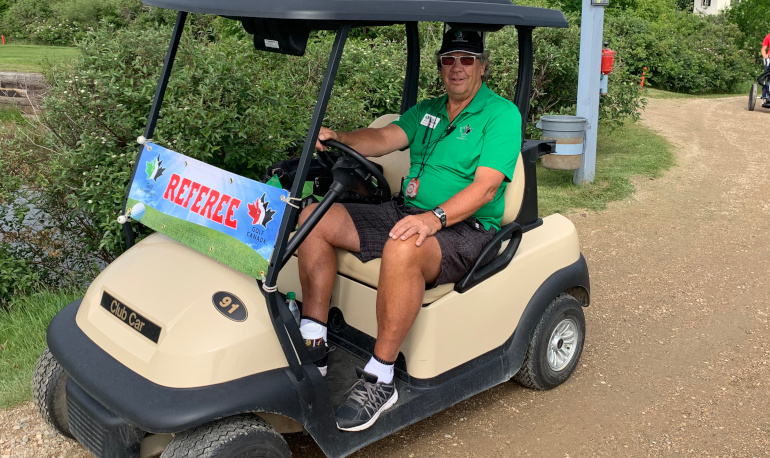