No “Volk”ing around, Randy set to retire from SGCC 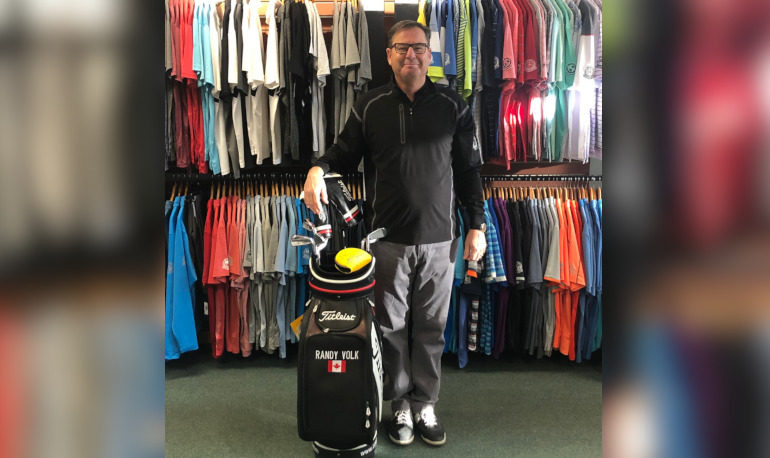 Randy Volk will retire after 26 years at the SGCC.

After nearly four decades in the golf industry, Randy Volk is set to retire from the Saskatoon Golf and Country Club.

Volk has been on a golf course for much of his life, his father managed the Wildwood Golf Course in Saskatoon when Volk was “seven or eight years old” so that’s where it started. He was a lefthanded player but with hand-me-down clubs from his older brothers he learned to play righthanded under his father’s tutelage.

Volk went to work at Holiday Park in Saskatoon under Peter Semko performing the usual tasks, picking range balls, cleaning clubs, assisting members, along with other duties as a young golf employee. When Volk was 18 years old he began working at Silverwood under Don Ludwig. Volk completed his junior golf career that included five provincial junior teams and played one year of amateur before deciding to turn professional. After a few more years under Ludwig, back at Holiday Park in the 1980’s he became the first head professional at Silverwood Golf Course. He said that’s where the retail end of his career began.

He became a Class “A” professional and moved over to Moon Lake Golf and Country Club in the early 1990’s and stayed there for a couple years. Volk then made the move to the Saskatoon Golf and Country Club where he will retire at the end of the year marking 26 seasons at the club. He said the industry has been very gratifying on different levels.

“It was rewarding when I was younger, I played a lot of competitive golf and was quite successful,” Volk told Golf Saskatchewan. “When I became a head professional I taught a little more and sold more merchandise and then when I came over to the Saskatoon Golf and Country Club (SGCC) there is more demands and it’s more servicing the members and making sure their needs are looked after. I think the most gratifying for me is being able to be the head professional at a prestige, private golf club in Saskatchewan for 26 years.” 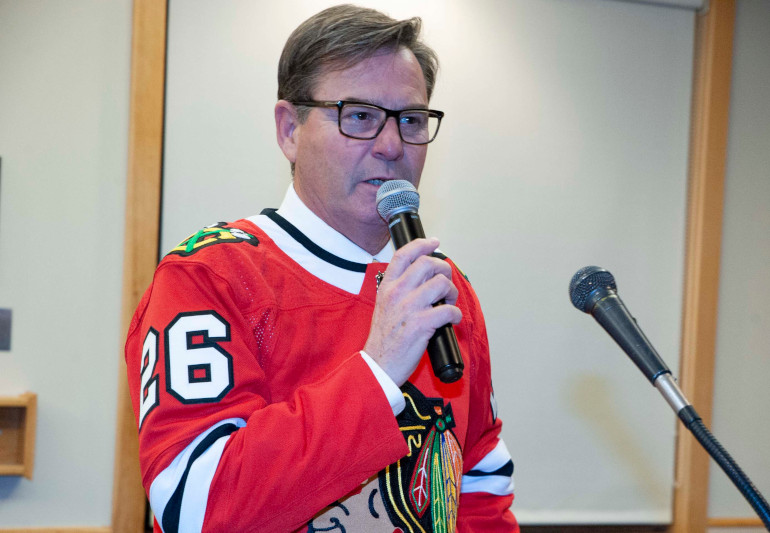 Volk will end his career at the end of 2019. He said under normal circumstances January and February were slow months and he would take some time off before returning to work in the spring. He admitted this upcoming season will be quite different.

“It’s going to be tough when March 1st comes and I’m not going to the golf course to receive merchandise, to get sponsorship, get the tournaments organized, just the day to day operations,” he said. “Another thing is, I was a workaholic. I worked seven days a week during the summer because I loved it so much. The second hardest thing is I’m going to miss the membership here a lot.”

Looking back on his career, Volk said the list to thank is long but starts with his father. From getting him clubs to getting him going in the sport. He thanked Ludwig and Semko for allowing him to work under them in the beginning.

“I am totally in awe of those people and they helped me get to where I am today,” he acknowledged.

Being in the industry for nearly four decades, Volk has seen countless changes, especially in equipment. He said, much like every sport the game of golf has become harder and faster.

“In golf you have guys that are 5’7”, 140 lbs. hitting the ball 340 yards,” Volk explained. “When I was growing up it was more the bigger bodies like Jack Nicklaus, who was built like a tree. He could because of brute strength, now these golfers are fit, fit, athletes. When I was growing up it wasn’t such a fit sport, lots of smoking, lots of drinking. Now these guys train, they are in the weight room, they are ripped.”

Volk also said seeing so many golf fads come and go over 40 years and that’s been entertaining. Infomercials pop up with the latest get better gadget and as quickly as they appear on the market the gear is gone. Volk said any harness type product was always the most comical to him.

“It’s hard to pin point one or another but I think you can realize it with the commercials, they will flood the market for a week, and you will never see it again. There’s so many, I think a lot of them are harnesses, they put you in a straight jacket so to speak,” he laughed.

Overall Volk said the game is simple, “it’s all about balance and coordination” and too much “between the ears.”

“Golf is a great sport, it’s a great recreational sport. You can enjoy it as much as you want,” Volk concluded.

Volk is a multi PGA of Saskatchewan award winner including Professional of the Year in 1995 and 2007. He’s also been named the Merchandiser of the Year on several occasions.

The SGCC announced in October that Brennen Gee would succeed Volk as the head professional.