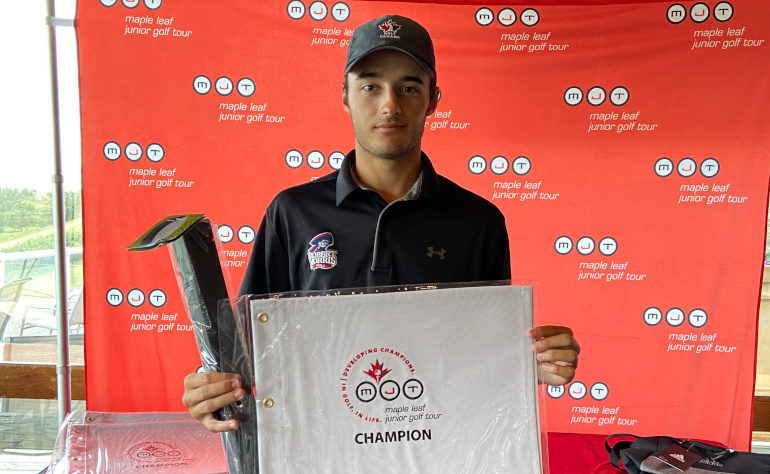 Josh Nagy was the low player at this weekend's MJT event. Photo-Jeff Chambers 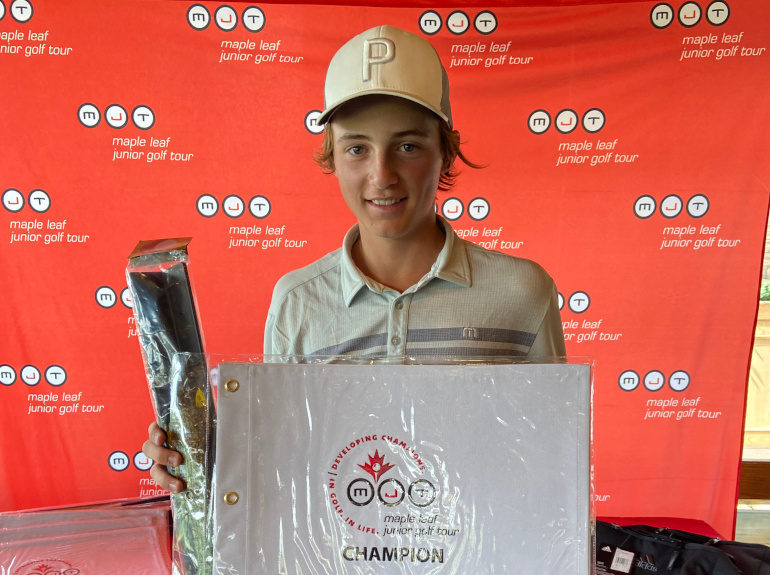 Tommy Danielson of Saskatoon was the winner of the juvenile boy’s division posting a score of 149 (72, 77) from the same yardage (6,386) played as the junior age group.

Alex Swinnerton placed second after posting rounds of 76 and 74. Regina products Hunter Kutcher and Will Blake tied for third with scores of 151. 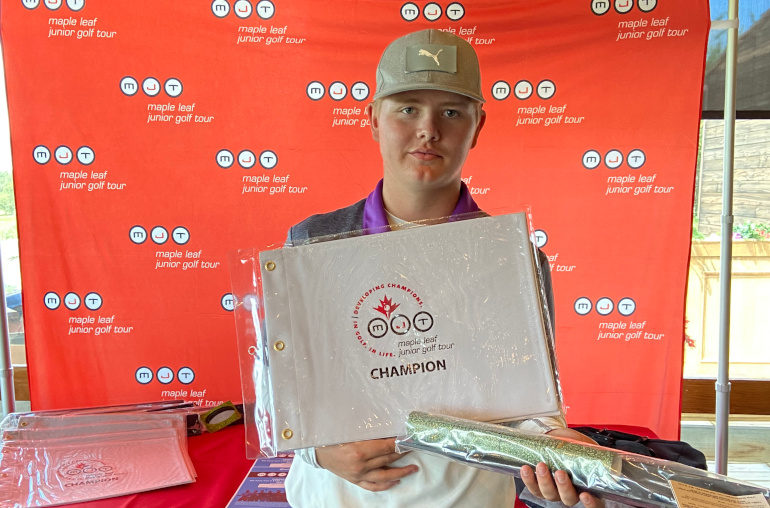 Max Regier of Saskatoon was second with rounds of 72 and 84. Warman’s Dane Giesbrecht placed third carding a 162 with back-to-back 81’s. 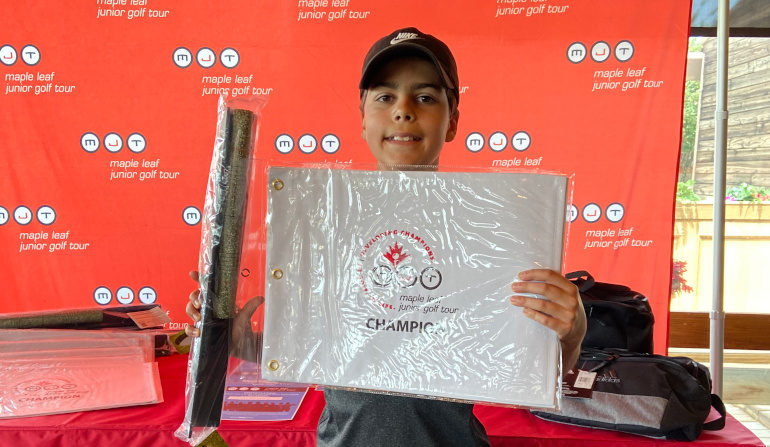 Saskatoon’s Jack Maharaj was the low peewee boy’s golfer. The Saskatoon 11-year-old posted rounds of 85 and 90 to hold off Jackson Giesbrecht and Elias Haukeness by three strokes.

Giesbrecht (Warman) and Haukeness (Buena Vista) both shot 178’s. Jayden Chernoff of Estevan was in the hunt with a score of 180. 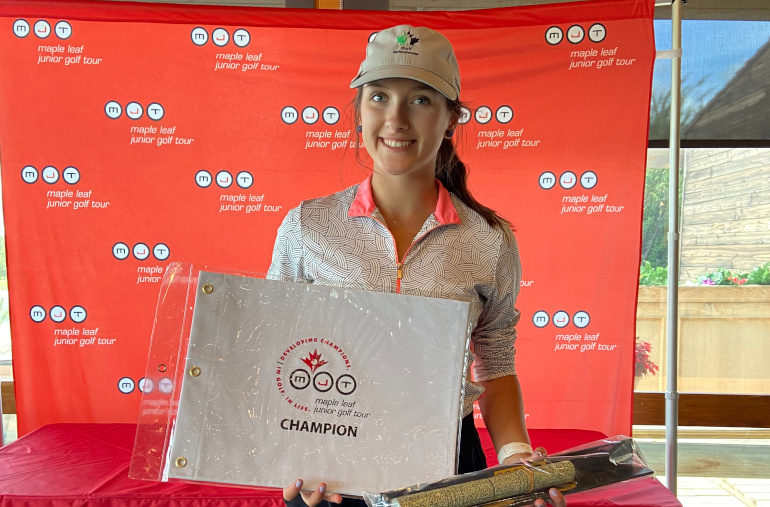 Saskatoon’s Sarah Grieve has the first MJT win in the 15 – 19 girls age group.

Grieve, 17, was two-shots better than Brooklin Fry after she shot 77, 73 at the Elmwood. The pair was tied after round one. Autumn Neiszner of Regina placed third with a two-round total of 169 (93, 76). 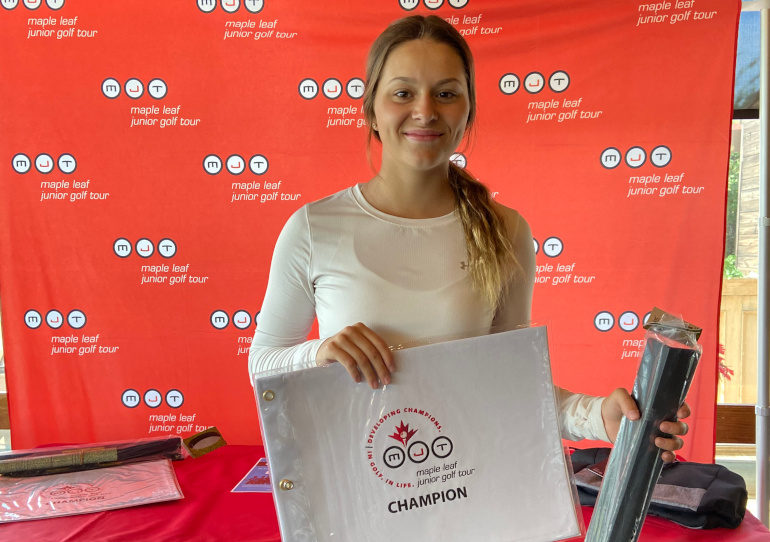 The MJT Mini Tour was in action on Saturday as part of the weekend event.

The full results can be seen here.

The next Saskatchewan MJT event is July 6 – 7 at Tor Hill Golf Course in Regina. 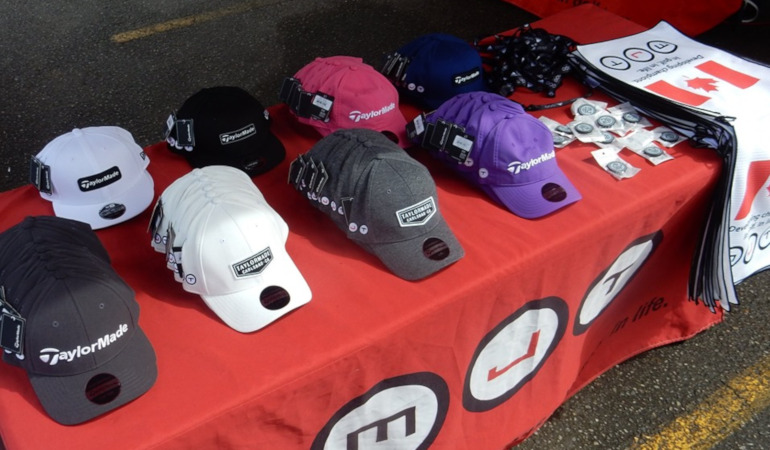 MJT returns to Saskatchewan this weekend