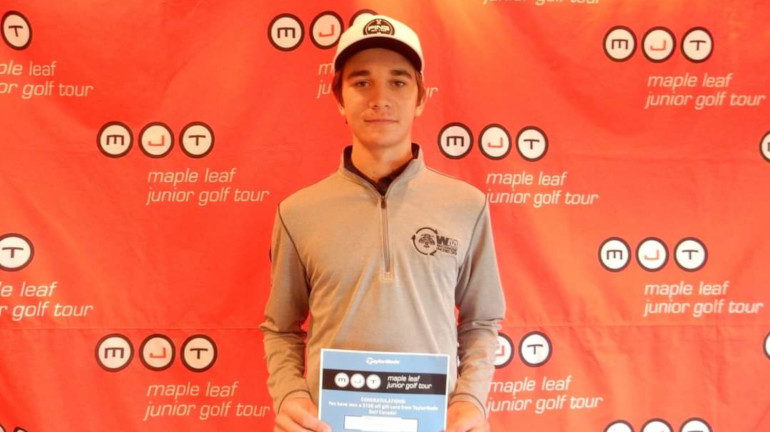 Kutcher, 16, started playing golf at Madge Lake Golf Course after a family friend “built” him a golf club, problem was it was right-handed. Kutcher is a lefty. The Regina product eventually got a set of clubs. He became a member of the Royal Regina Golf Club at 12 years old and hasn’t looked back. He played his first MJT event the next year, he performed well and lit a fire for competitive golf.

“Yeah, it did,” Kutcher told Golf Saskatchewan. “I was really happy after that first tournament and how well I did. Man, if I work at this I could get pretty decent. I placed fifth in that tournament.”

Kutcher has since been a mainstay on the Saskatchewan MJT loop and the provincial championship. After respectable finishes in 2019 Kutcher was able to collect a couple top-5 finishes this past season. He said putting in work in the offseason was the key to his improved results.

“I was playing once a week at First Tee, sometimes twice a week. I did workouts at 1621 with Tanner White and I saw huge improvements with my strength and swing speed. That was a big part, with playing at First Tee, working on my swing and setting goals was a big thing as well. I set a lot of goals and I think I achieved all of them,” Kutcher said.

Kutcher’s season was noticed by the MJT organizers, so he received an invitation to attend their final event in Surrey, B.C. over the Thanksgiving weekend. Kutcher shot 79 and 78 in not so great conditions over the first two days. He posted a 71 on day three to jump up the leaderboard and earn a bronze medal. He said there wasn’t any expectations going into the event.

“I didn’t have any expectations, that was the biggest tournament I have ever played in. I put absolutely no pressure on myself. I went into it with the mindset, let’s play some golf, play your own game and have some fun,” he said.

After day two he was in eighth place and knew he had a low round in him on a “scoreable” course. He knew where he stood at the turn on day three and felt a podium finish was possible.

“On the range I was hitting it really good. I stepped up to the first tee and I was confident. I had that feeling that I was going to go low. I told my parents when I left clubhouse I have a low round in me. I went out there, I striped it up the fairway, I hit it onto the green, two putt par. I got rid of the nerves off the first hole and it was smooth sailing or the rest of the round,” he explained.

Kutcher ended up seven strokes behind the winner of the juvenile boy’s division. He said bringing home the bronze medal is still sinking in.

“I was in shock, going into the week I didn’t even expect to be top five. When I found out I was top three I was so happy. I don’t even know how to explain it. I was with my friend and he was so proud of me, that made me happy. I was just in shock,” he said.

Kutcher is a grade 11 student at Riffel High School in Regina. He will continue to work at the game and hopes college golf is in his future after he graduates in 2022. 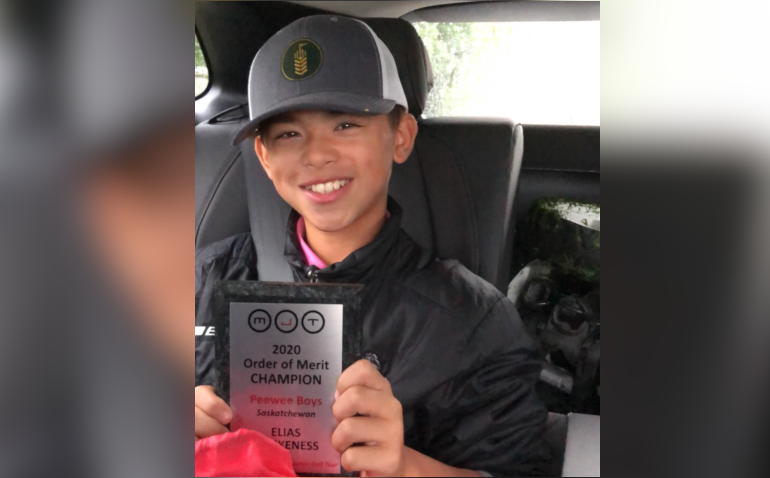