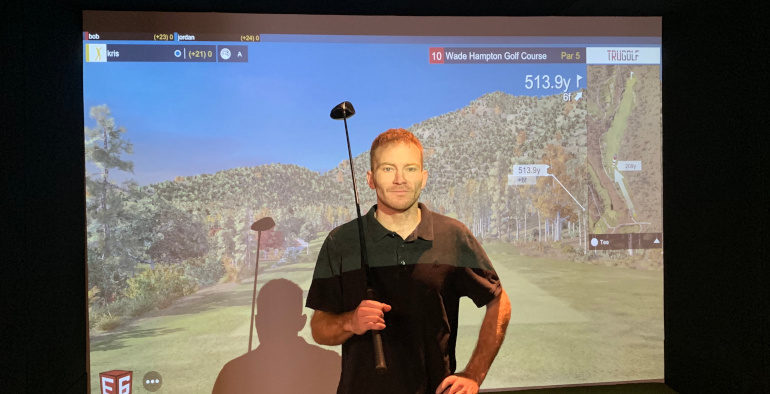 Indoor golf facilities are opening across Saskatchewan with a new option in Saskatoon preparing to unlock their doors this long weekend.

For golfers in Saskatoon, they will have a new centre to play over the winter months. Jordan Orr is opening YXE Golf Lounge at 710 Cynthia St. Orr said the idea to open a simulator facility came about after he wanted to extend his own season.

“The end of the season came, and I wanted to do another round but there was snow outside,” he explained to Golf Saskatchewan. “I looked up simulators in the city and the only one here in Saskatoon was closing down, so I did a little more research and realized almost every other city has simulators and are all doing well. I thought it might be a good idea and I’ve been working at it ever since.”

Orr’s facility houses five simulators with Trugolf technology. He said getting top of the line equipment was important to being successful because players want the most realistic features available.

“The company that I got the simulators from have compared it to TrackMan, the gold standard for simulators right now. They are pretty similar for accuracy so that’s a good thing about these simulators,” Orr said.

Orr is hoping for a soft launch this Thanksgiving weekend. He will be opening a kitchen in the near feature and developing leagues, tournaments and a junior program. He compares his facility to a bowling alley, a family-oriented entertainment centre.

The Willows Golf and Country Club has a simulator screen in the clubhouse of their course. Originally brought in for their professionals as a teaching tool, general manager Wayne Fairbairn said the bay is quite popular. 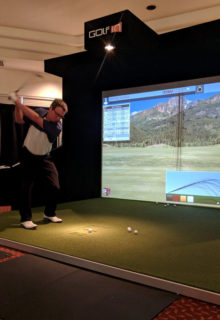 “We wanted to have students get lessons year-round from our golf pros,” Fairbairn said. “That was the main attention but, it became pretty popular. People just wanted to come play golf, have a couple drinks with their buddies and play golf for a couple hours. We do both now, we block it for about 40 hours of teaching, and we sell it for people just wanting to play golf.”

With the weather slowly turning the Willows simulator isn’t busy now. Fairbairn said players grasp at every decent day for the real thing but once the new year arrives their phone begins to ring.

“The golf really picks up in the spring,” he explained. “There’s a little bit in December when people have some holiday time, but once February rolls around and people think about golf again the simulator gets really busy.”

Over the winter the Willows does close their lounge and restaurant but if people come in to use the simulator they are licensed and will have snacks for sale. Pre-ordering some pub style munchies is also an option. Fairbairn said they purchased the simulator two years ago as another way to market their facility and it’s worked well for them.

“It’s not a homerun, it’s not going to make us a million dollars in any way but, it keeps us top of mind and keeps people coming to the club. If we can break even on this initiative it’s a win for us,” he said.

For golfers looking for more of a real feel, the Golf Dome at the Ramada in Saskatoon is open for the season. The bubbled facility features 37 hitting bays and 35,000 square feet. New manager Jon Equina said he wants to promote the facility at a new level this season.

“I want to do a lot more a lot more promotional stuff when it comes to the golf world,” Equina explained. “I am working a lot with SaskGolfer, Callaway, and a bunch of other reps and pros to bring in a different type of clientele and retain the old stuff. Our goal is to have a lot more contests, prizes, more active on social media to bring people in.” 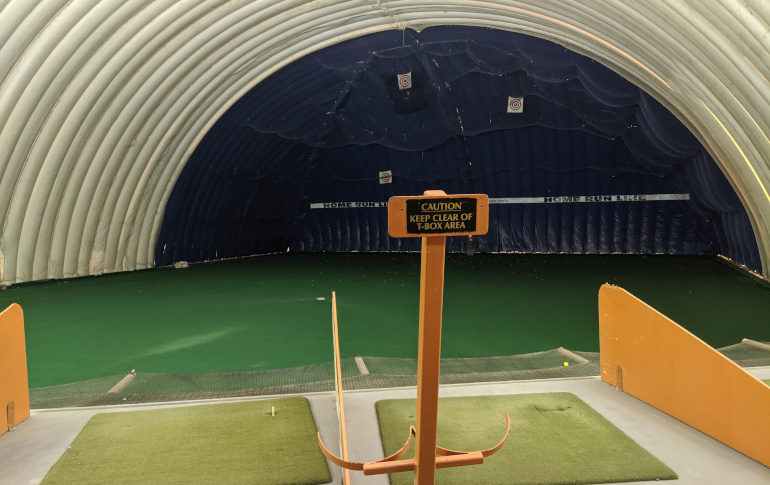 Equina hopes the partnerships with industry reps not only helps their bottom line but is a win-win for the reps as well.

“We’re hoping to have demo days here in the winter that these companies will offer. Saturdays specially to try out the new clubs that these companies will offer as well as a TrackMan system. A lot of our reps will have a TrackMan system with them and I’m looking at purchasing one myself, I know the golfers are starting to use them a lot more. Gathering data seems to be the big thing in sports, if we can find a way to bring them in with a TrackMan it gives patrons more reason to stay here,” he said.

The Golf Dome houses an indoor softball diamond as well. The facility is home to the largest slo-pitch league in North America, 70 teams play winter ball there. They also host a junior girls softball league as well. Seven nights a week softball takes up the facility. They are open to golfers until 6 p.m. each day.

“We don’t want to change too many things,” Equina said. “We definitely know change is good and inevitable and we look forward to making our customers happy when it comes down to it.”

Other indoor golf simulators in Saskatchewan include:

If there are other indoor facilities we may have missed please email cstork@golfsk.org and we may assist in the promotion of your facility. 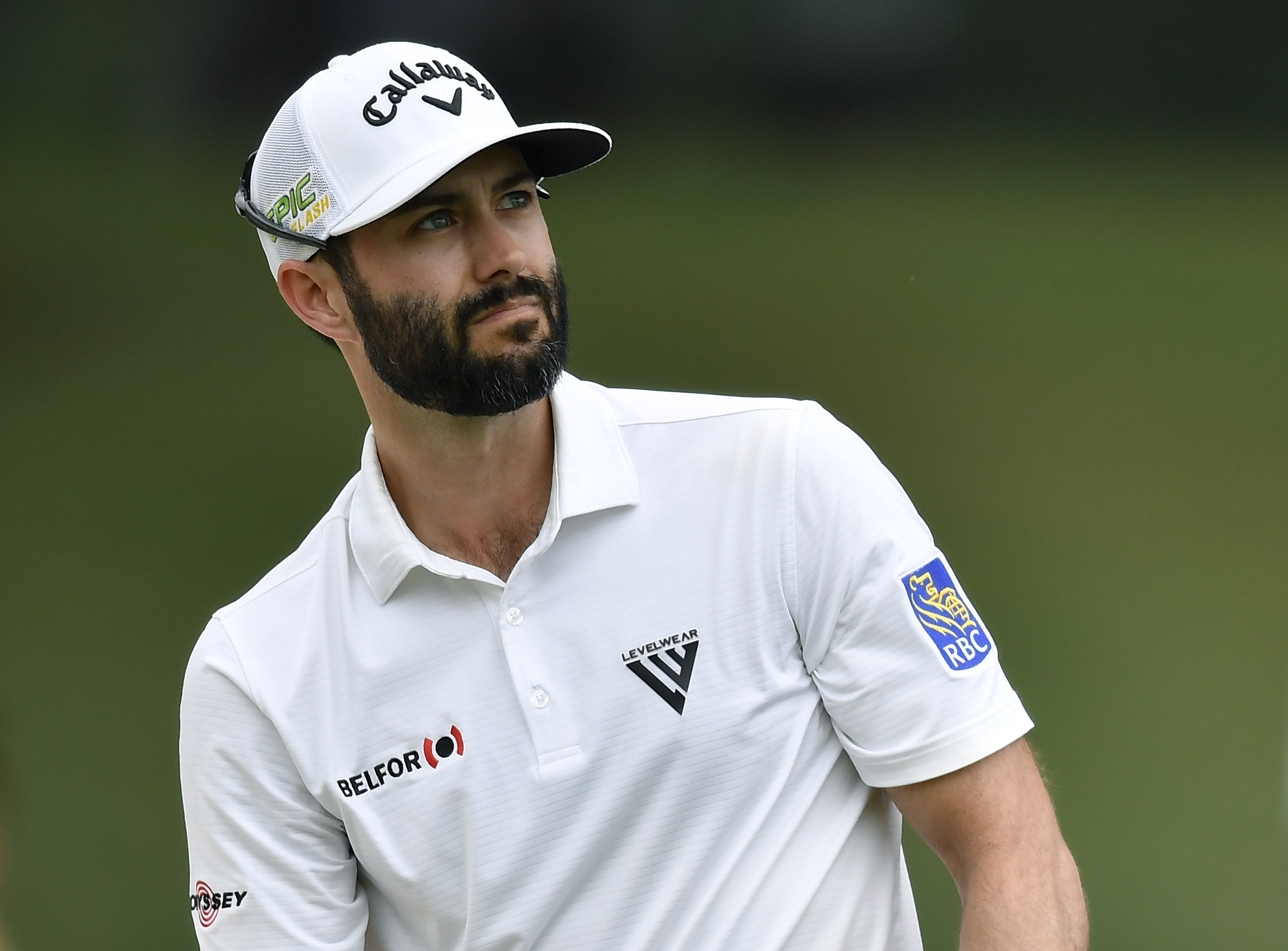