The competitive golf season teed off last weekend with the juniors in Estevan at the Maple Leaf Junior Tour event but to prepare for the busy tournament schedule Golf Saskatchewan is working to certify more referees for this season and years beyond.

Brian Topp was one of the attendees who’s excited about becoming a golf referee. He took his Level 1 training online before attending the Level 2 session. Topp is a long-time player who decided to get involved on the Rules of Golf aspect following the changes to the rules. The Saskatoon resident and Holiday Park member said he wanted to show respect for previous volunteers who were involved when he played in competitive events.

The Rules of Golf was alternated with upwards of 150 changes going into the 2019 season. Topp said he was interested in getting involved last year but made the decision to wait until the new rules come into effect. Topp said the wait will be worth the experiences.

“Being a nurse, I interact with the public, that will come in handy interacting with players,” he said. “Plus, I’ve been on the other side as a player at events. What I’m looking forward to is working with the juniors, you are sort of leading them down a path.”

Topp said he is excited to lay out course tee boxes and pin placements as well in his learning curve.

Meanwhile, Nipawin’s Kevin Duchscherer has been involved in the rule’s aspect since 2014. He said the transition to the new Rules of Golf wasn’t seamless.

“I felt I needed to focus on unlearning and relearning the rules.”

“I felt I needed to focus on unlearning and relearning the rules,” he laughed. “I felt by erasing the inner blackboard and getting new notes up there to study from was going to be successful in recertifying myself. It took some effort; I was fortunate enough to learn the new stuff and not let the old stuff complicate things in my own head.”

Golf Saskatchewan needs anywhere from two to eight referees per event. Duchscherer got involved through his daughter’s participation in provincial events. The Evergreen Golf Club member in Nipawin is also a volunteer on the Golf Saskatchewan board of directors.  He said seeing people like Topp stepping up to provide their time is crucial to the success of the sport in the province.

“It’s absolutely awesome, its invigorating every time we get a new person in,” Duchscherer said. “Everybody always brings some sort of expertise we can rely on when we need to. Every time a new person shows up, I am always thrilled what I can learn from them as well as to mentor them if I can too.”

Lee is working on the test results and will reach out to all attendees in the near future. He said all the participants did extremely well and he is looking forward to continuing to work with them such as Jim and Linda Walker who have been crucial rules officials over the years or new refs such as Topp. Duchscherer said overall there is a passion all the attendees and current referees applaud.

“It’s like going out and playing and hitting that beautiful shot, and you can’t wait to get out and do it again. That’s how I feel. We have a new set of rules out there, it’s going to be exciting as to how they play both as a referee and a player,” Duchscherer said. 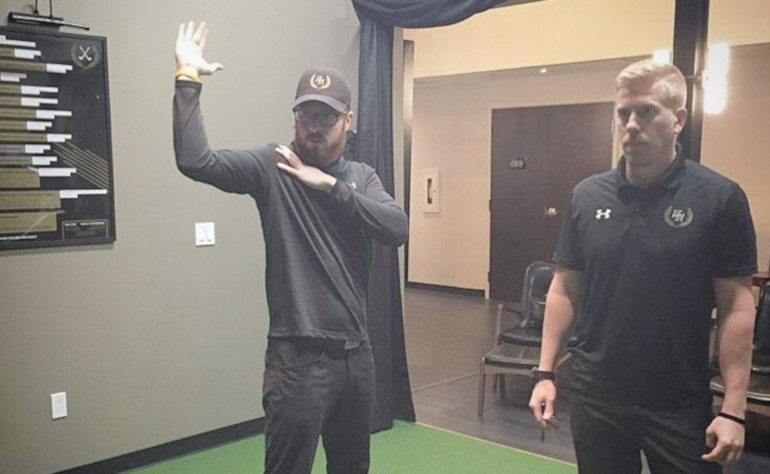 Working through winter woes crucial for golfers of all caliber