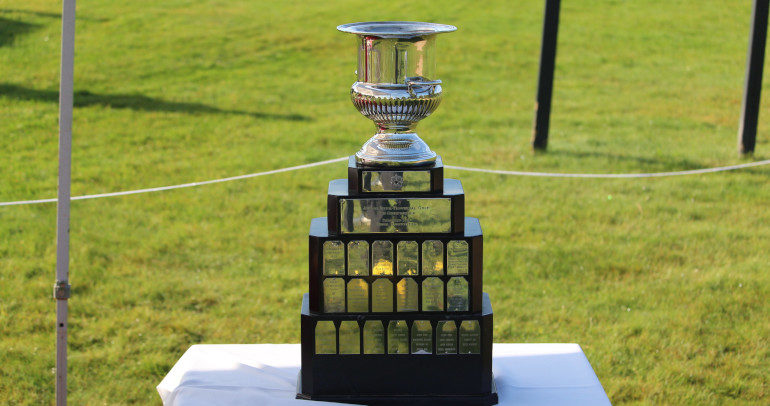 A junior Canadian boy's champion will be crowned on Thursday. Photo-Golf Canada

Saskatoon’s Steven Duchscher has put together two solid rounds in Hartland, New Brunswick and will play on at the Canadian Junior Boys Championship.

The Riverside Country Club member followed his opening round of two-over, 74 with a plus-one, 73 on Tuesday landing him just in front of the cut line of three-over par. Overall Duchscher is tied for 69th in the field. He is the lone Saskatchewan competitor to make the final couple rounds at the event taking place at Covered Bridge.

Duchscher, along with Saskatchewan teammates Jace Carlisle and Cort Tunall battled from 10th in the inter-provincial race to finish in seventh place.

Estevan’s Carlisle finished the event at plus-six. Tunall, of Kindersley capped his tournament with a score of 11-over par. Brody Istace, also of Kindersley was the team alternate, he concluded the championship at plus-eight.

Josh Nagy of Saskatoon qualified for the national championship via the Future Links event in Yorkton earlier this season, he was also six-over par. Estevan’s Chase Gedak was also in the field, he carded a two-round total of five-over par.

The full results can be seen here.

Duchscher will tee off for round three on Wednesday at 7:12 a.m. Saskatchewan time.

Last year’s winner, Christopher Vandette continues to lead at minus-13. The Beaconsfield, Quebec product shot a course record 62 on Monday.

Diamond in the Rough returns to Deer Valley