Diamond in the Rough returns to Deer Valley

The Diamond in the Rough junior golf camp returned this year to Deer Valley.

Started in 1993 by Mark Greenough, the Diamond in the Rough golf camp has come and gone over the years, but the event returned to Deer Valley Golf Club this month under the guidance of another Greenough, Deer Valley professional, John.

The junior camp was operated by John’s parents for three years before Emerald Park took over and transitioned the tutelage to basic lessons. In 2013 John resurrected the event to commemorate 20 years. He ran the camp for three years and then took a couple years off due to time restraints as he was president of the PGA of Saskatchewan for two years. With that role commencing he decided to bring the camp back to his home course north of Regina.

“It was always a fun experience, but you forget how fun it is,” Greenough told Golf Saskatchewan. “Having that two-year break reinvigorated things, we are super excited. We had a couple new instructors this year, we had Sam Wills who is the assistant out at Deer Valley and was a junior in the camp. It was cool to have him come teach for the first time. We had Brad Lovatt, he’s out in Avonlea, he’d never done it before. He said sign me up for a life subscription, this is pretty awesome.”

At the camp the attendees, between the ages of 11 and 18 are provided with various aspects of the sport including etiquette, understanding of the Rules of Golf, nutrition, strength and conditioning, plus the elements of the game. Greenough stressed that the camp isn’t for beginners or elite junior players. Dating back to 1993 his father realized there is a gap when it comes to up and coming golfers.

“We’re looking for kids that have had some experience with golf so it’s not necessarily a beginners camp,” he said. “There is lots of beginner programs out there, it’s not an elite camp, Golf Saskatchewan and some clubs in the province do a great job with elite groups and kids they work with. We found there is a gap in the middle where kids can benefit from working with a PGA pro for a reasonable rate. It’s worked well.”

This year the camp had 16 kids participate. Greenough said that number is down but expected after a two-year absence. The camp provides one instructor per every six golfers. It lasts three days with the kids playing a round each day coupled with their instruction and guest speakers. Keeping the kids engaged and active is more of the camp’s goal. Preparing them for a lifelong game rather than winning championships is the mantra according to Greenough.

The instructors hand out awards at the end of the camp as well including most dedicated and leadership type honours. The awards are geared more towards the mentality of the kids rather than a skill set. Greenough said the awards create some of the best memories for not only the attendees but the pros running the camp. 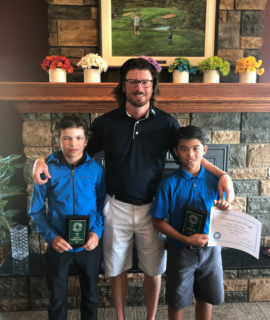 “We had lots of really great comments from parents and kids saying how much they enjoyed it,” Greenough explained. “One of my favourite comments, most dedicated is one of the awards we hand out, the awards were done, and the parents were there, and everyone was leaving. I hear one of the younger kids say, I want to win that most dedicated award next year, that was really cool.”

That young golfer will have the chance to do so, Greenough is already planning to run the camp again next summer. Information will be available over the winter as they finalize dates and instructors. For more information you can view the Diamond in the Rough website. 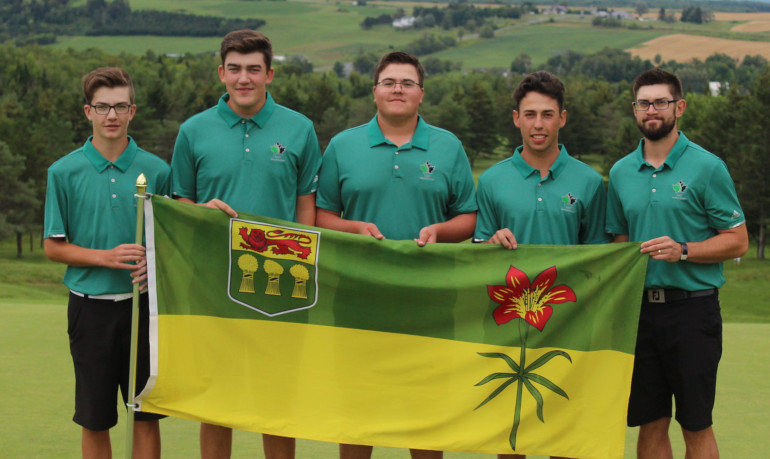 Day one wrapping up at Canadian junior boy’s championship