Day one in the books at WCSG

The first of three days of the golf championship at the Western Canada Summer Games (WCSG) is complete at the Chinook Golf Club,

Just two golfers shot under par during day one. Graedon Woodward, of Cardston, Alta. leads the field after carding a three-under, 69 during his opening round. Winnipeg’s Braxton Kuntz is in second place overall at one-under.

Edmonton’s Jenna Bruggeman leads the women’s field at plus-two. Yorkton’s Ella Kozak is in the hunt at eight-over par. She is tied for fifth.

Saskatoon’s Sarah Grieve is also tied for fifth at eight-over par. Reigning Saskatchewan junior champion Autumn Neiszner continues to battle a wrist injury, she posted a round of 94, 24-over. Saskatoon’s Symone Ripley is in 13th place at plus-41.

Prince Albert’s TJ Baker is the top Sask. boy at the event, the Waskesiu Golf Course member posted a round of five-over, 77. Baker sits in a tie for ninth. Alex Swinnerton, also a Waskesiu player is a shot back at six-over par, 78. Regina’s Will Blake went to the tent with a seven-over, 79. Jackson Wingert carded a 10-over, 82 during the round, Theoren West sits in 14th at 11-over.

As a team, the Saskatchewan girls are tied for second with Manitoba. The boy’s team is third. 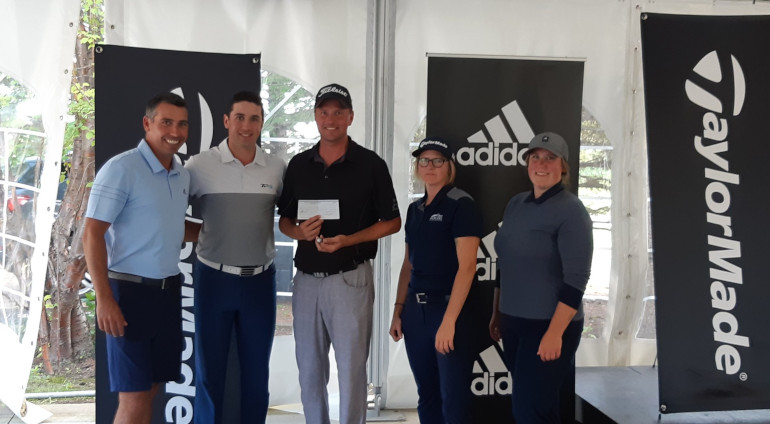