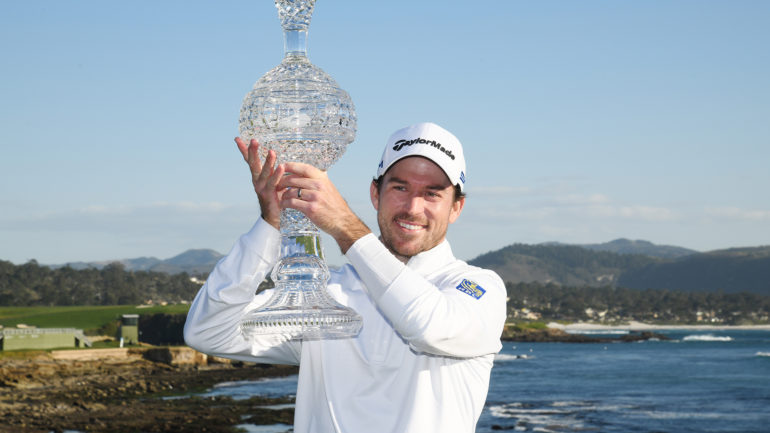 PEBBLE BEACH, Calif. – Canada’s Nick Taylor faced increasingly windy conditions, a hard-charging Phil Mickelson, and his own struggles in the back nine to come out on top at the AT&T Pebble Beach Pro-Am.

Taylor led by as many as five strokes heading into the back nine before bogeys on holes 11 and 12 followed by a double bogey on No. 14 seemed to give Mickleson a window on Sunday. But Taylor, from Abbotsford, B.C., remained unperturbed for birdies on Nos. 15 and 17 for a 2-under 70 round and a four-stroke win over Kevin Streelman, with Mickleson fading to five shots back with three bogeys on his back nine.

Was Taylor really as steely as he seemed, though?

“On the inside? Probably not,” said Taylor with a laugh. “I did feel calm all week and today, but I definitely started feeling some nerves middle of the back nine with really difficult holes and making some bogeys.

“Phil was making bogeys alongside me so it’s not like I was making bad bogeys, it didn’t feel like. It was just playing so difficult.”

That winning putt to become the first Canadian champion at the @attproam ???? pic.twitter.com/TRX0ZlCtFe

Playing as the final pairing of the day, Taylor had Mickleson and his legion of fans in lockstep with him through the storied course. A partisan crowd was clearly hoping that Mickleson would win a record sixth tournament at Pebble Beach, his home course.

Both players had a disastrous No. 14 – Taylor double bogeyed and Mickleson bogeyed – but Taylor recovered with his two late birdies and Mickleson didn’t shoot below par again.

“It’s disappointing certainly to have not won, but I got outplayed,” Mickelson said. “I mean, Nick played better than I did. He holed a couple of great shots. That eagle on 6, the putts he made on 4, 5 and 7 … he just really played some great golf.”

Instead, Taylor won a PGA Tour event for the second time of his career and set himself up for an exciting 2020 season.

He’ll now join Adam Hadwin, Corey Conners and Mike Weir at the Masters, the most Canadians to ever play at Augusta. He also joins Hadwin and Conners as a potential member of Canada’s Olympic team at this summer’s Tokyo Games. Canada’s two highest-ranked male players in the world golf rankings will compete in the Olympics.

#Canada is proud of you, champ ?

Taylor also made a little bit of history.

Having won the Sanderson Farms Championship in November 2014, Taylor joined Mike Weir and Stephen Ames as the only Canadians in the modern era to win twice on the top men’s tour.

He’s also the first player to lead all four rounds at Pebble Beach since Mickleson accomplished the feat in 2005.

“It’s a unique week with having three different golf courses to play on,” said Taylor. “Each day is a new challenge, totally different. I think that helped a little bit. I won the Canadian junior championship before I went to college, pretty sure I went wire-to-wire there but it doesn’t happen very often to have a great start and back it up with another good round.

“It’s very rare and makes for a tiring week. Now I know 0.1 per cent of what Tiger Woods does every single day, having to talk to media and stuff like that.”

Taylor and Mickleson – who finished the day 2-over 74 – weren’t the only players to struggle with the wind.

The best round and best finish belonged to Jordan Spieth, who chipped in to save par on his final hole for a 67. It was the low round of the day and enabled Spieth to finish in a tie for ninth. That narrowly moves him back into the top 50 and makes him eligible for a World Golf Championship in Mexico City in two weeks.

Streelman also left with a trophy. He teamed with Arizona Cardinals receiver Larry Fitzgerald to easily win the pro-am for the second time in three years.

Michael Gligic of Burlington, Ont., shot a 3-over 75 to finish tied for 55th at even par. 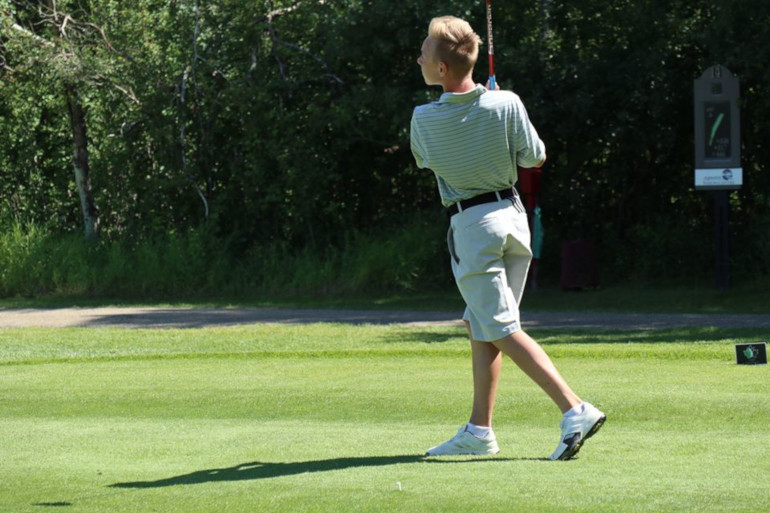